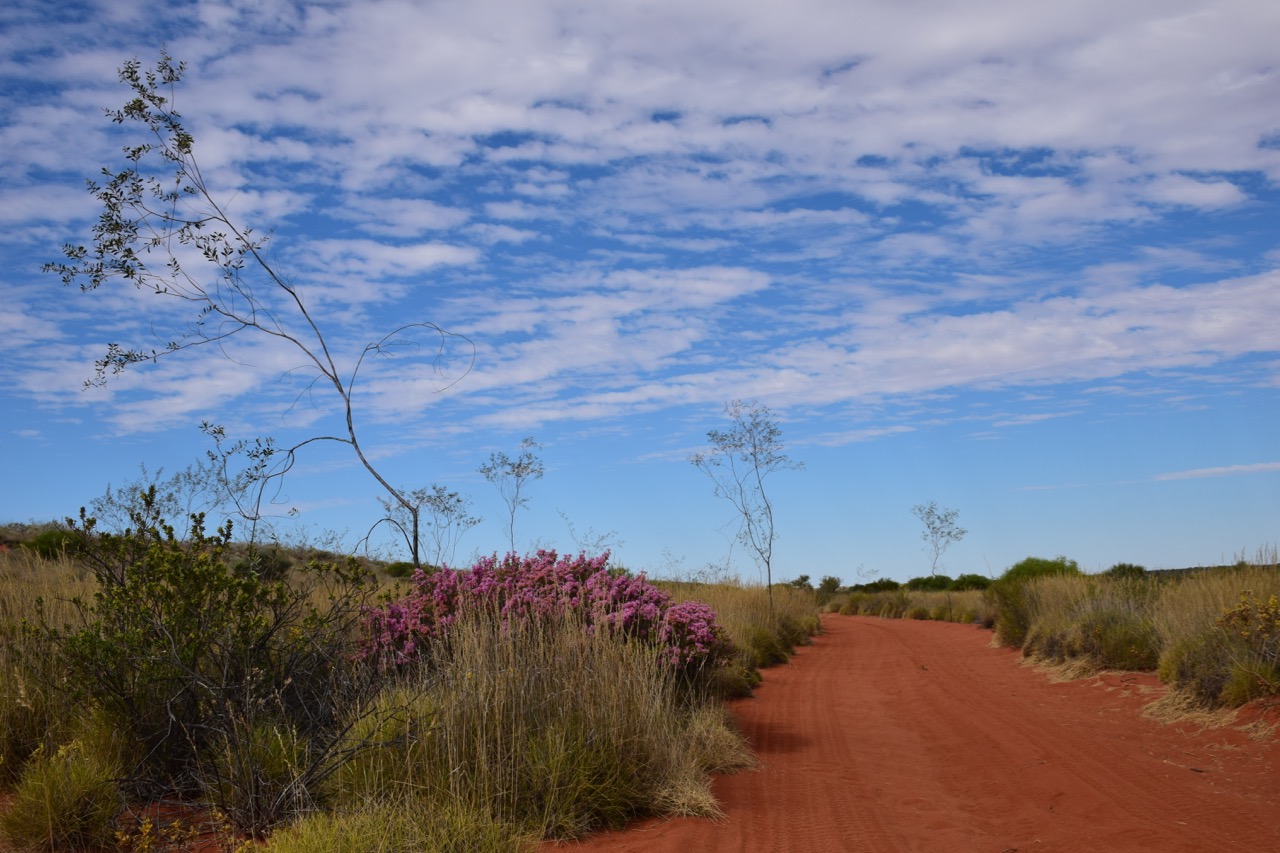 We saw a few camels along the track today.  What a treat… 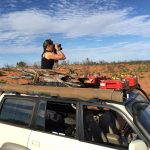 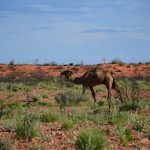 Today we encountered multiple vehicles going North on the track.  We even saw a Bobcat that was working on track maintenance on a mining road off of the Canning.   We chatted with a man who had a motorcycle strapped on the bed of his Ute.  He was bringing the motorcycle off the Canning for a guy who had an accident and broke his arm on the trail the day before.  Later in the day, we found out that the guy who broke his arm was Colin’s motorcycle buddy.  Small world!

Durba Springs was a short drive away and we arrived early in the day.  I have been looking forward to this for days now.  It’s beautiful here with large white Gum trees, grass and walls of beautiful red rock. 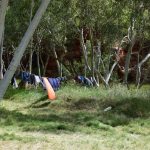 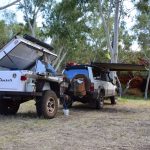 The sky has been cloudy today, a welcome change from blazing sunshine we have experienced for most of the Canning. 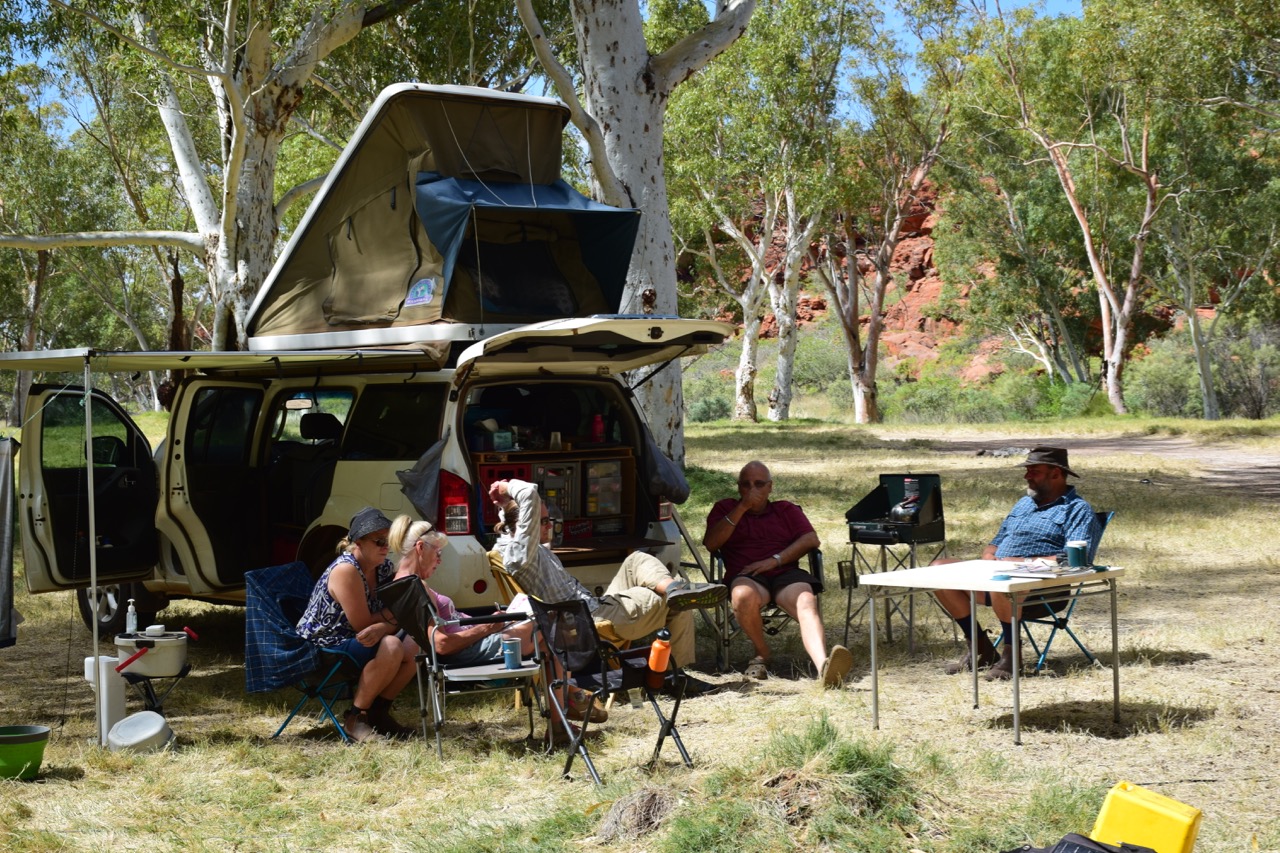 Ryan is still loving this track, but I am a bit over it. Luckily, our new Australian friends were camped at Durba Springs when we pulled in. Jeanette, Colin, Sandy, and Peter had only been there for a day and were planning on staying in this wonderful oasis for a few more days. Lee and Tanami exited the CSR due to a broken spring mount that severed his brake lines. I hope he was able to limp out safely.

We had a serious discussion about the remoteness of the Canning.  Colin’s buddy  who had broken his arm had 3 options, he could wait for a police officer to drive in from Wiluna and then out again (5-6 days), he could hitch a ride (3 days) or pay 10’s of thousands of dollars for a helicopter ride off the Canning. It really makes you think. If we were bitten by a venomous snake or spider out here, we would probably die.  It would take too long to get any kind of medical attention.

Later in the afternoon, a large group of 18 people with 4 guides arrived.   They were the Outback Spirit guided tours.  They had an impressive set up with 6×6 G Wagons, showers, toilets, a full galley and what appeared to be a very organized operation. 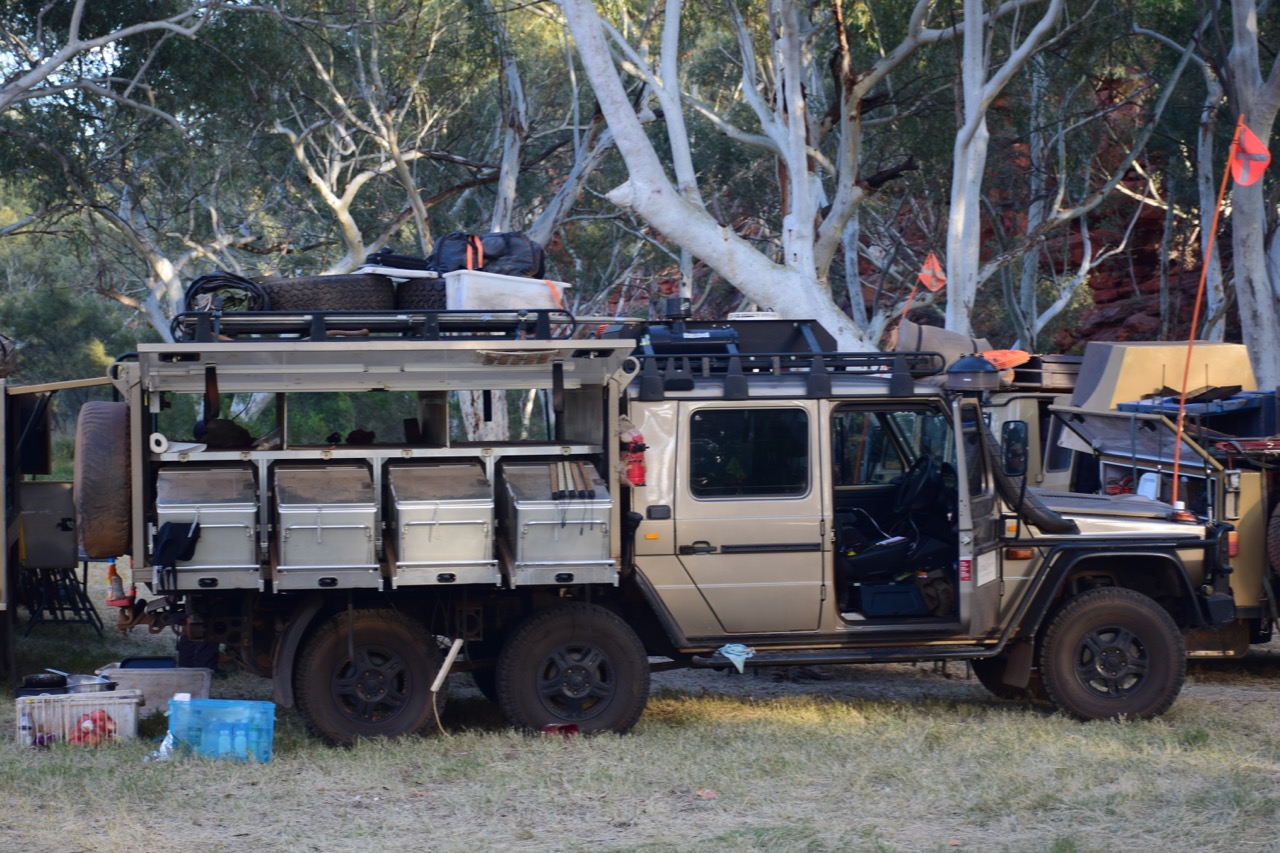 We weren’t too excited to see so many people invade our little paradise, but it was entertaining to watch them set up camp and break down camp the next day.  I spoke with one of the guides and he gave me a tour of the galley and an overview of their tour.

He also gave me an Acorn squash which was a lovely treat for the six of us at dinner.

I spoke with a few of the members of the large group.  Most were in their 60’s and 70’s.  This tour gave them the chance to see and experience a bit of Australian history that they may not otherwise not be able to do on their own due to failing health.

We shared another lovely campfire with our Australian friends after the sun went down.  Sandra is the “Fire Queen” and Ryan and I provide the firewood that we collect along the track.

I still feel uncomfortable burning our trash along the way.  I know it is what people do here, but it still makes me uneasy.  Tonight was no exception.  We all burned our trash little by little as the night went on.