Sadly when we returned home, our dog Sake started to limp and we soon discovered that our beloved dog had bone cancer. Over the next 2 1/2 months we struggled with keeping her comfortable, spending time with her and researching / working on the Mog. Sadly on September 30th we decided we couldn’t let her suffer anymore. 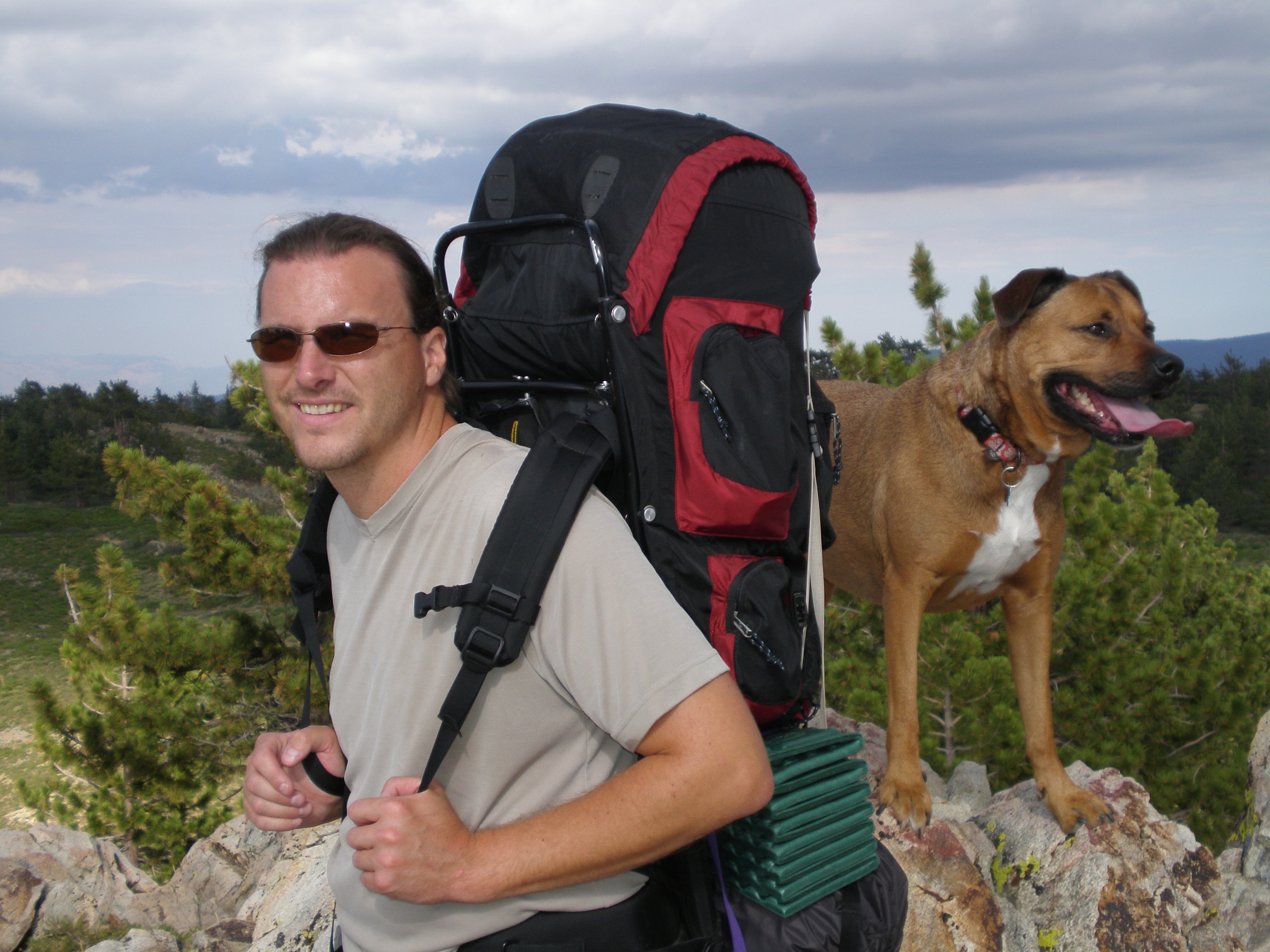 Sake was the main reason we were not on the road already. Sake hated being in a vehicle. If she liked traveling, we would have already been traveling with her. Now that she was no longer, there was really nothing keeping us in Santa Barbara.

We had decided to start with the cab. The two things we could not live without were air-conditioning and sound deadening. We spent months modifying the cab installing a new heater / AC unit, sound deadening, and thermal insulation. We had decided that if we couldn’t get these things to our liking, this would not be the vehicle for us. Our thought process was that if we did all this work and decided it wouldn’t work for us, we could still sell it for pretty much what we paid for it. 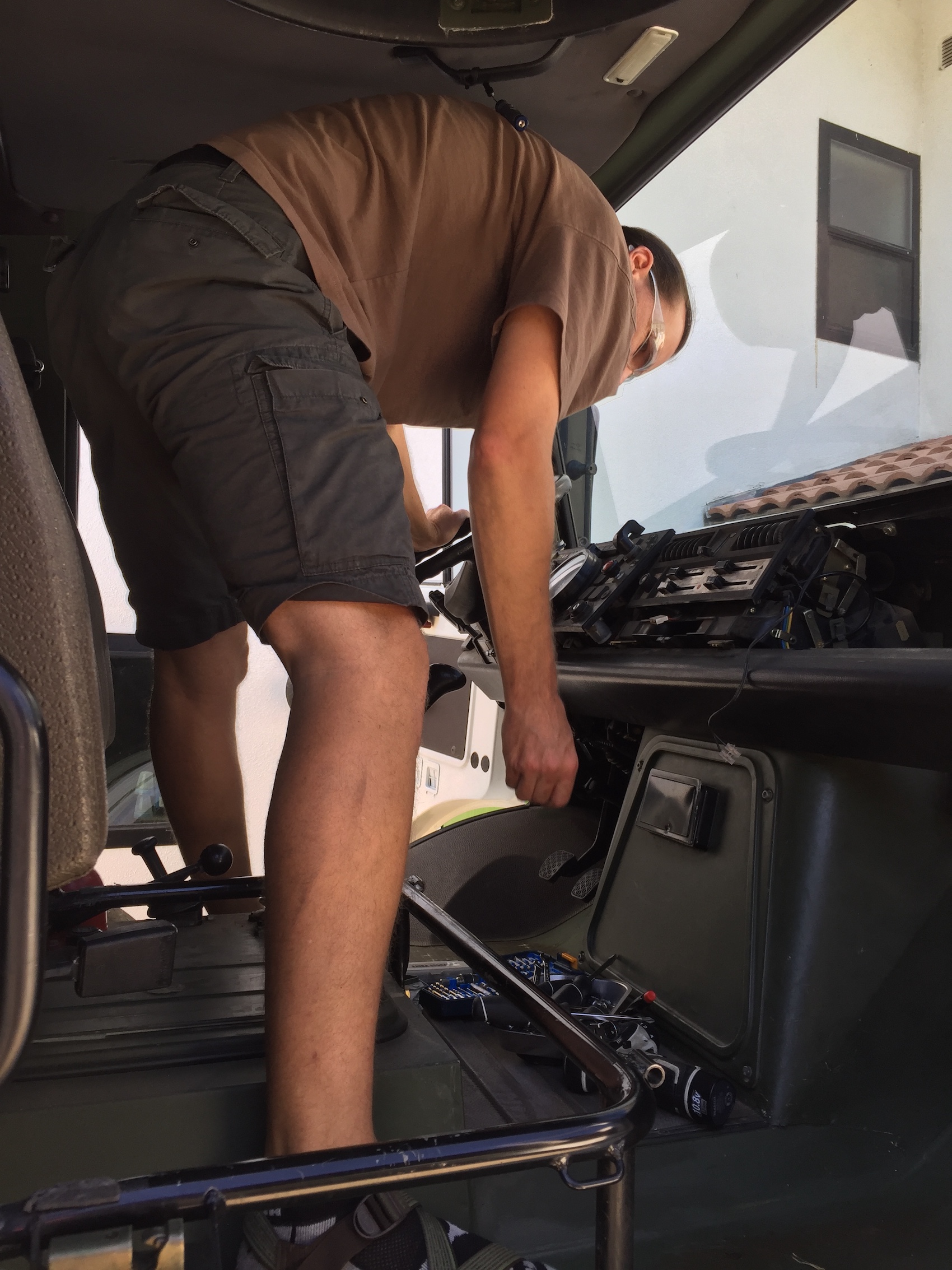 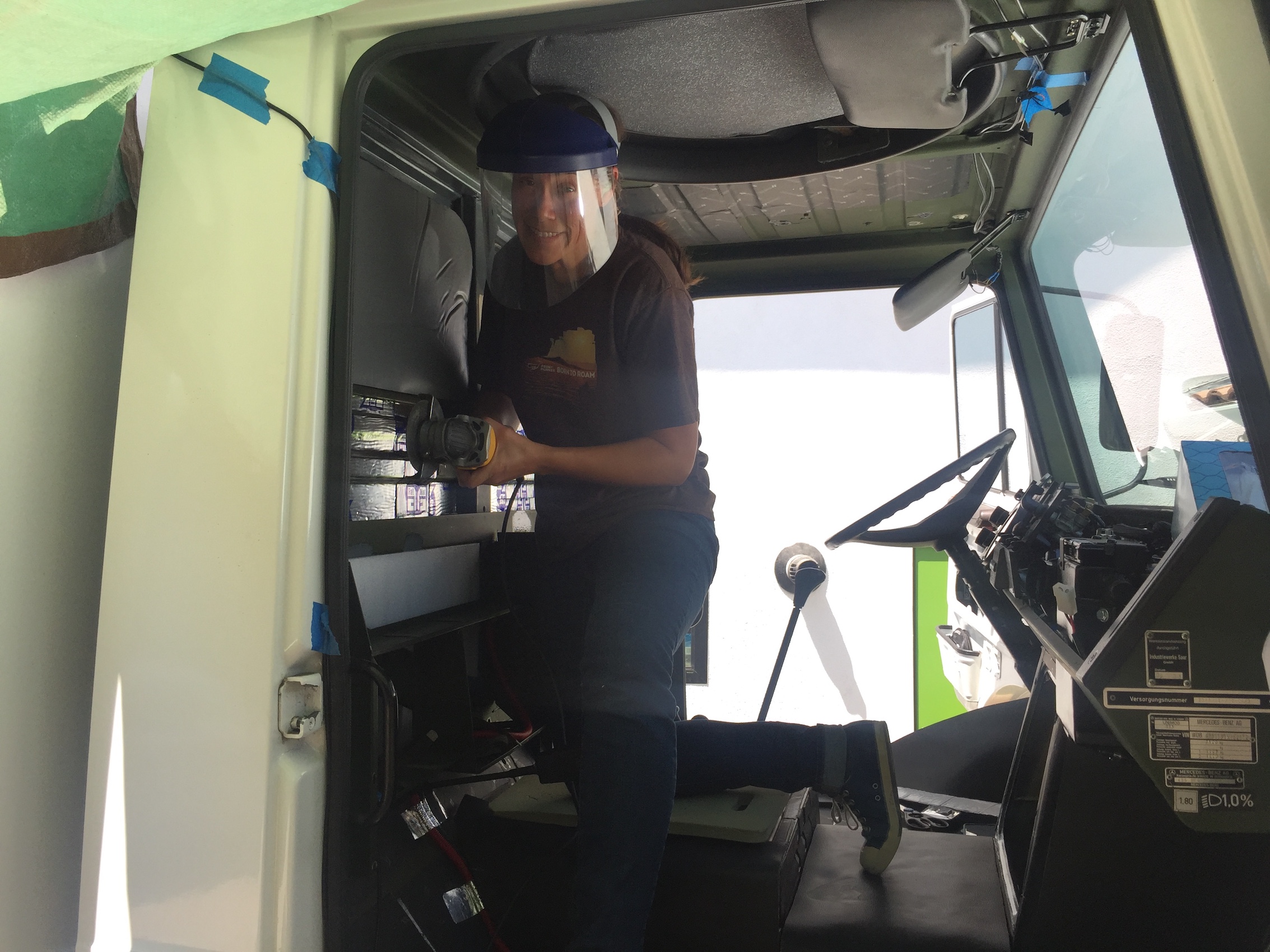 We took sound measurements throughout the process and decided the noise in the cabin was tolerable. If you are interested in reading about this process, please go to this post on Benzworld:

We built out the back of the ambulance using basic 2×4’s and plywood to see if we could live in a box that was 5’4” tall. Ryan is 6’2” and I am 5’ 9” and neither of us want to hurt our backs bending over. We purchased a medical stool on which we would cook and clean. We built a 3-point, manually-operated, leveling bed platform since we like sleeping on a level bed at night. We also built a kitchen counter for a stove and sink, a bench seat and table, shelves for clothing and kitchenware, and storage shelves for FrontRunner Wolf Packs and a fridge. 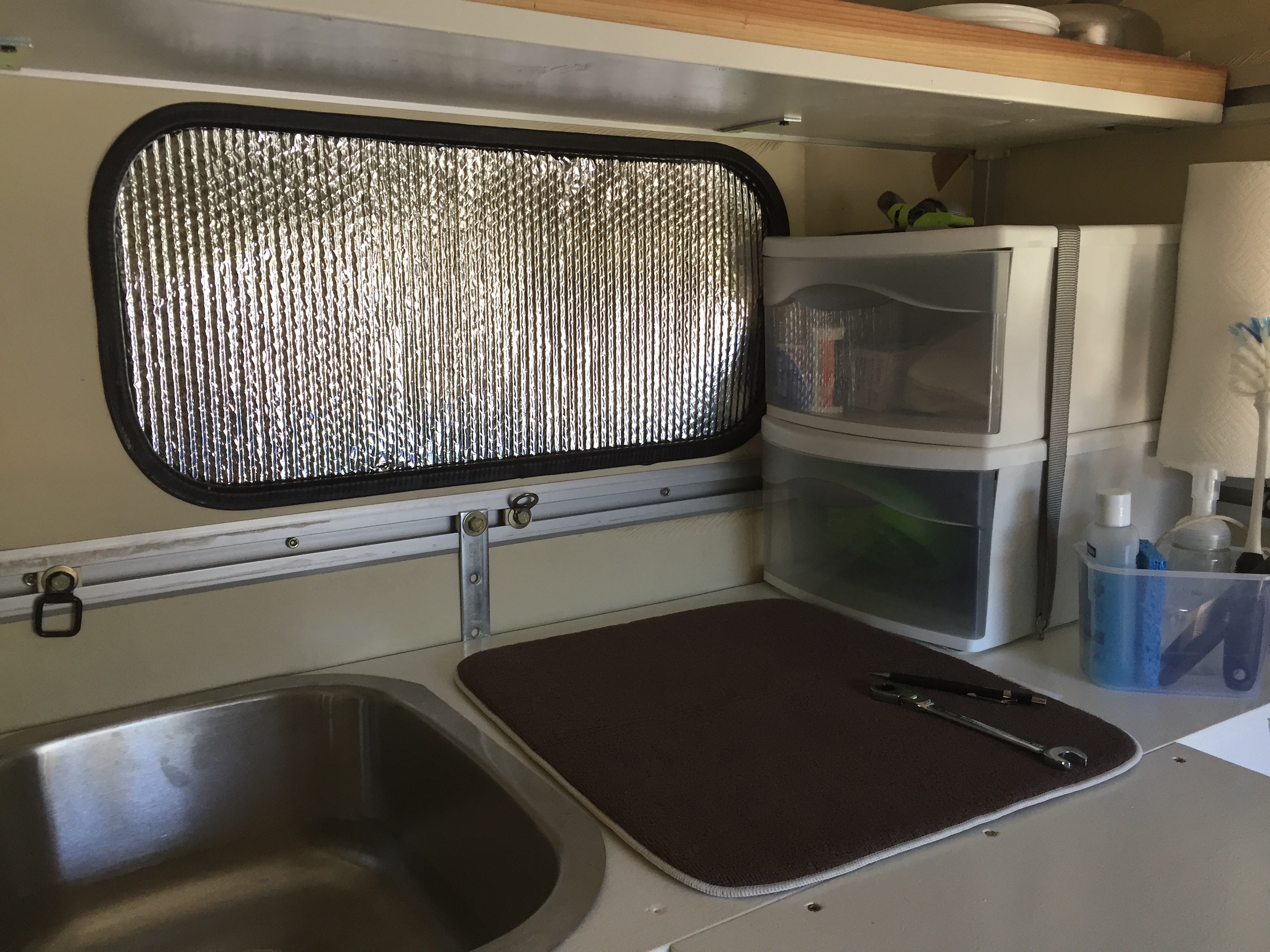 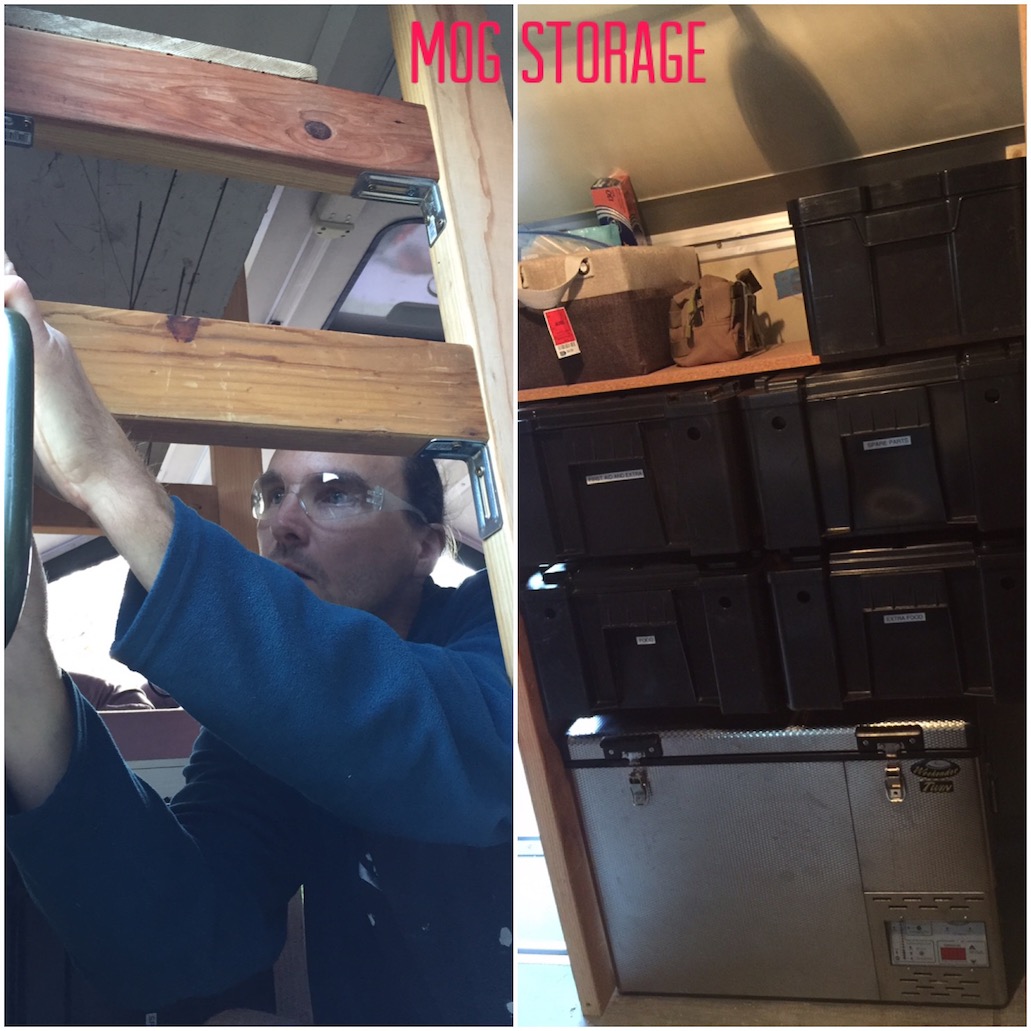 After a trip to Baja California for two weeks and one week in Death Valley and the Anza Borrego area, we decided we could live with the 5’4” interior. We decided to rip out part of the wall panels to see what was behind. We had noticed a little rust around the windows and we were worried the about the integrity of the box. After devising a plan for building out the interior, our plans were shattered when we took out a few panels and noticed the box was leaking and had some rust. To rehab this was going to be more work than we wanted to do. 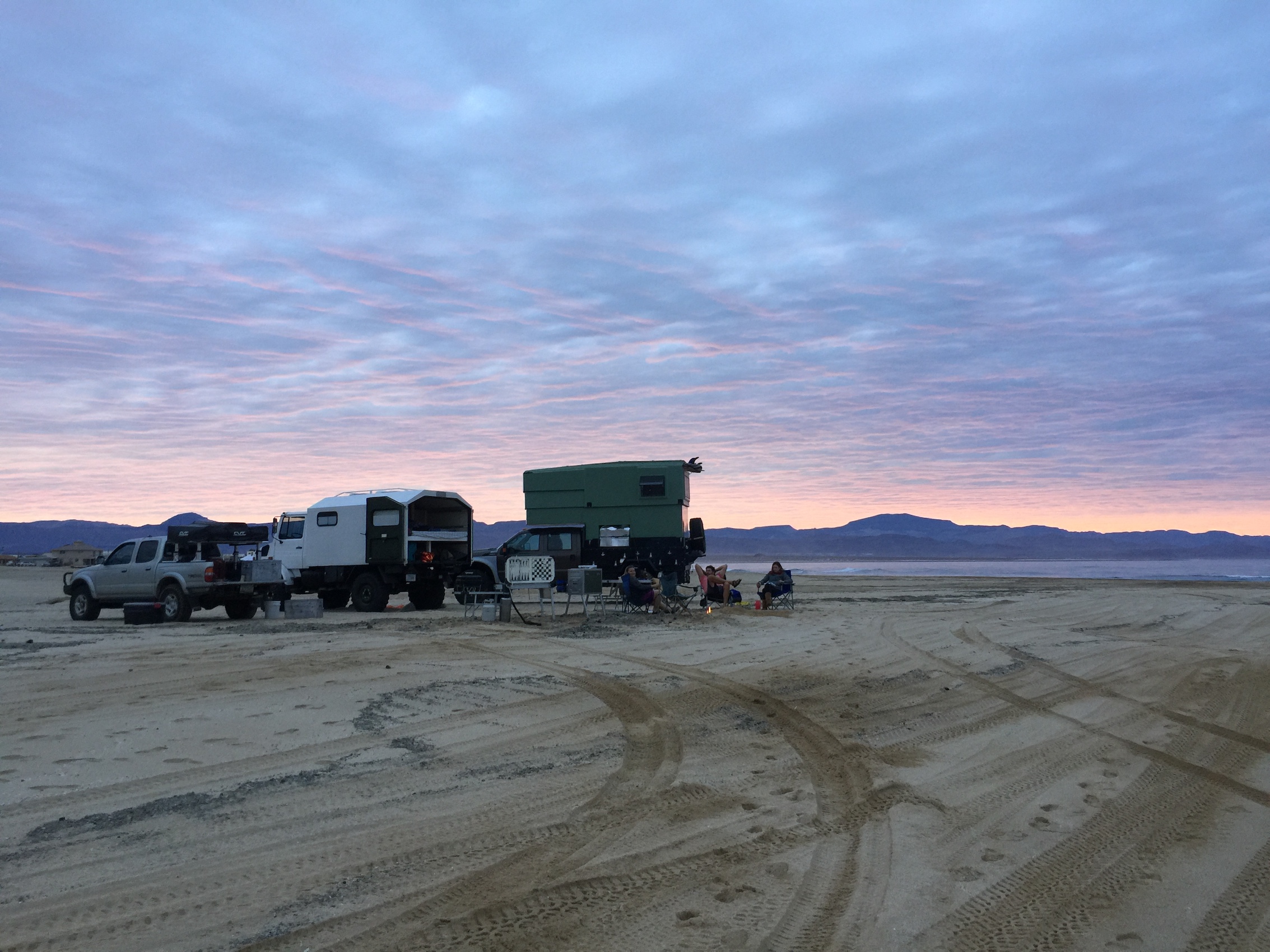 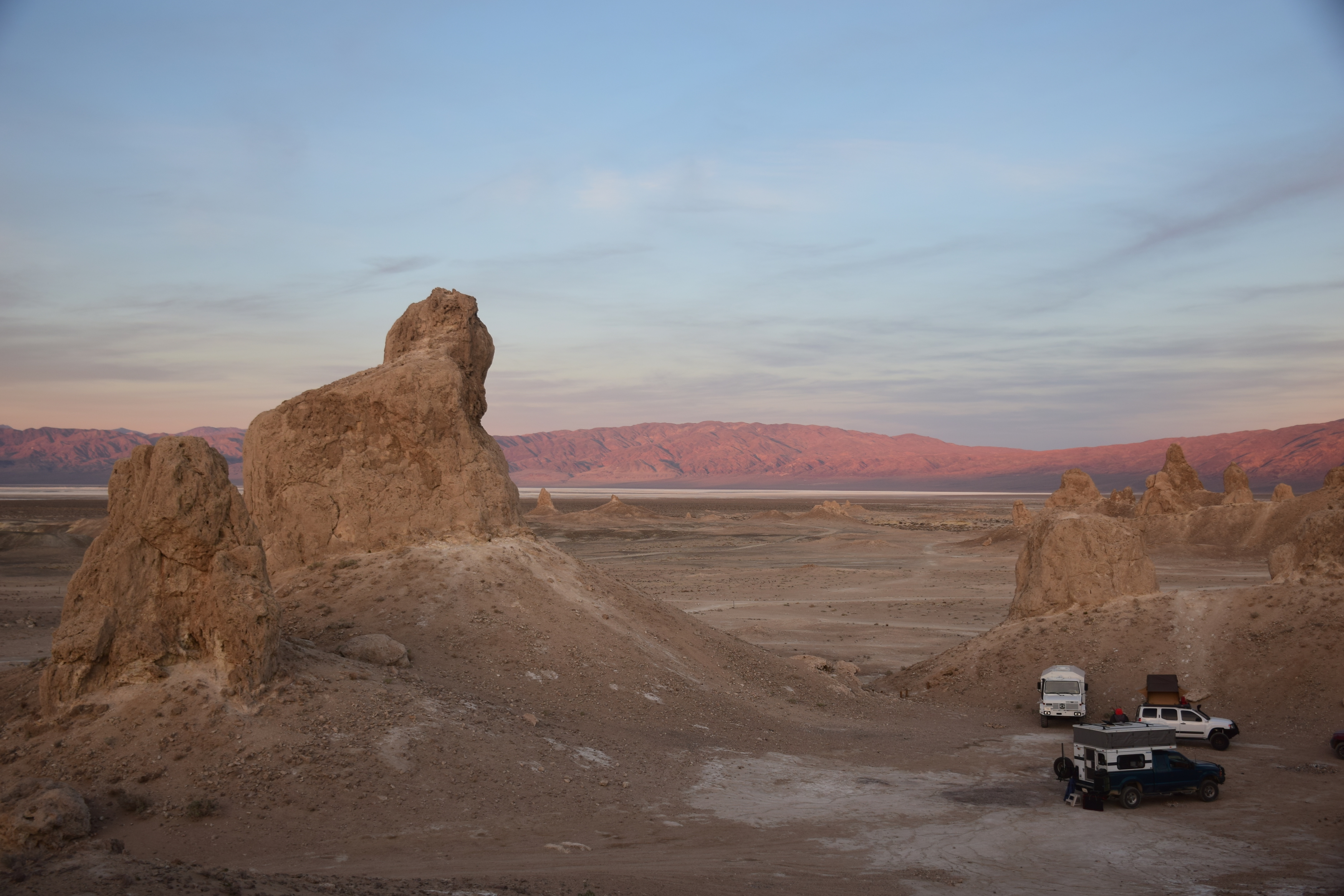 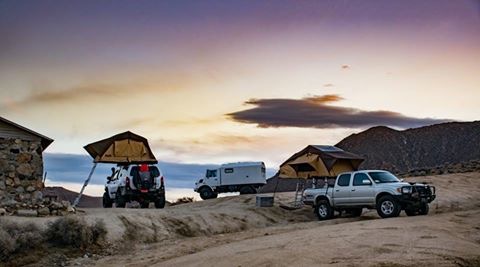 Why couldn’t we just plop a FourWheelCamper on the back and be done with it?