We saw only one other vehicle today, a Defender 110, with a couple that was roughly our age. Almost everyone doing the CSR is older than us. The median party driving the Canning is a couple, about 55 years old, who are farmers.

The median vehicle is a 70-Series, Toyota Land Cruiser Ute with a tray back that contains all the gear. The gear often includes two Engel or Waeco refrigerators. One set up as a freezer and the other setup as a fridge. All are diesel and most have long ranger fuel tanks.

They are usually in a group of 2-3 vehicles.

We took a side trip to visit Thring Rock. 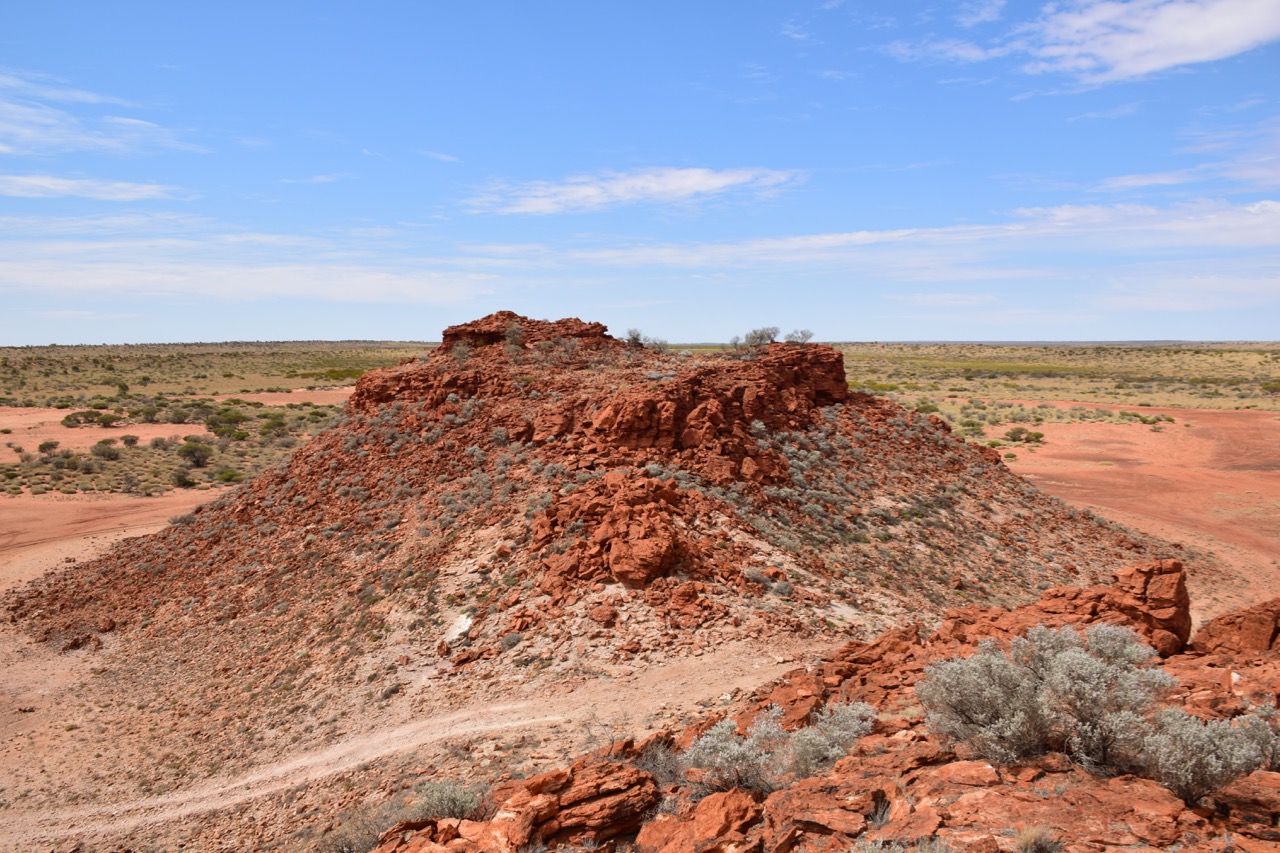 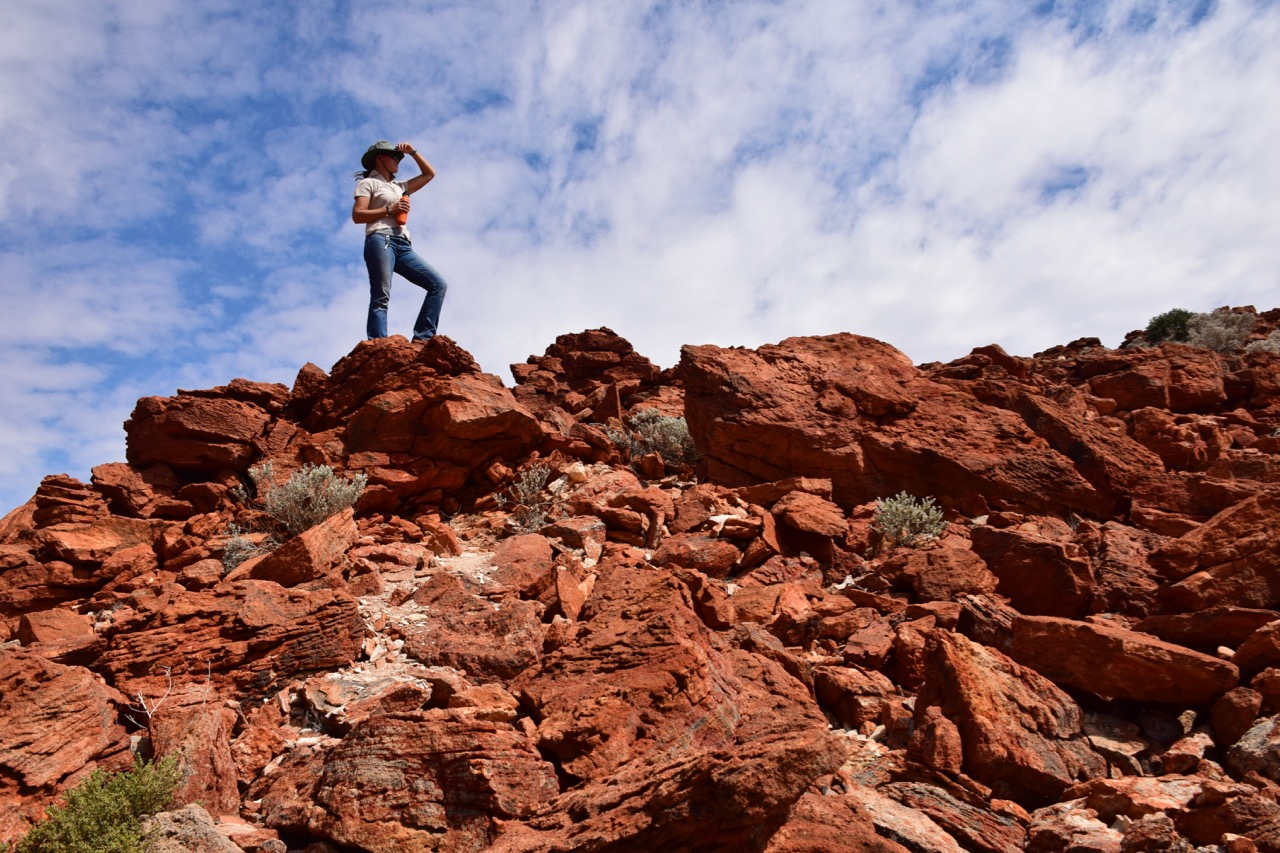 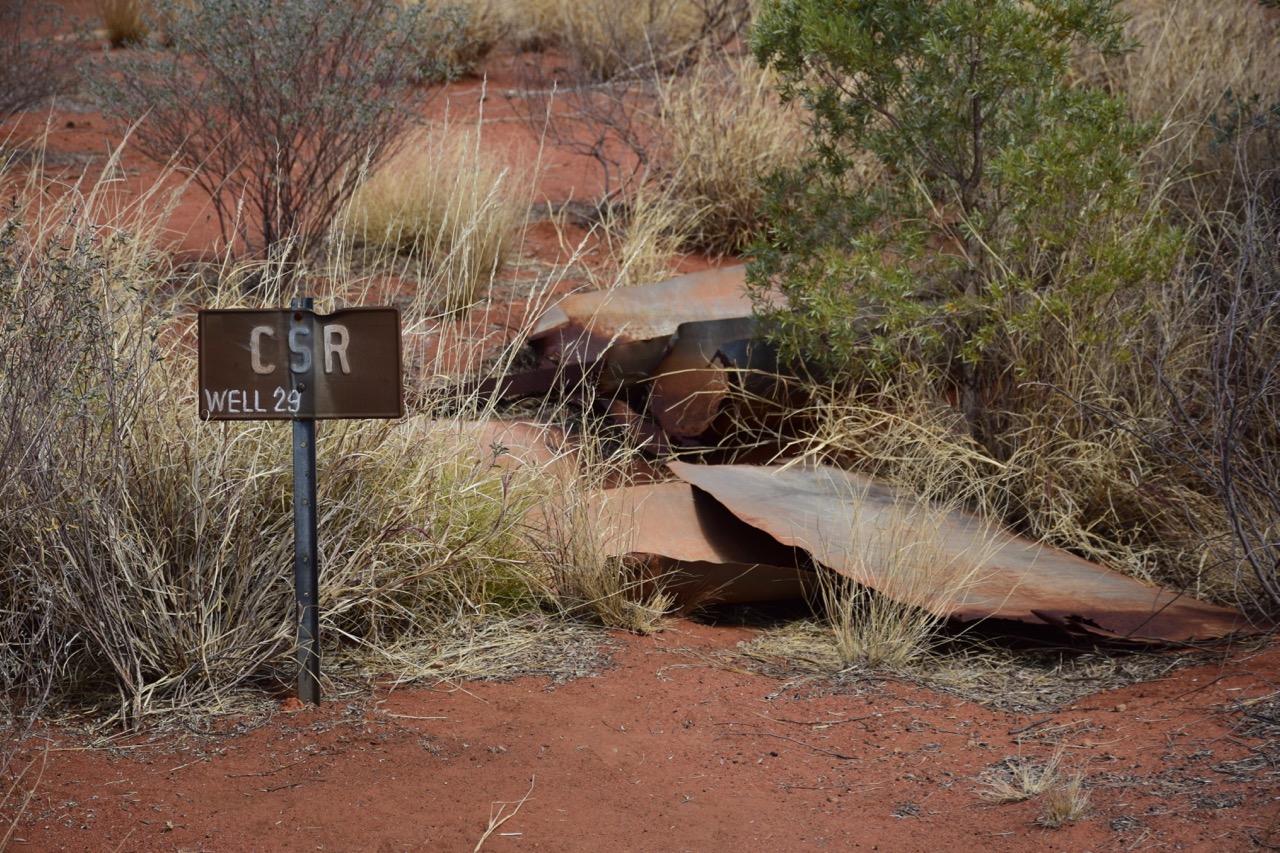 LeeWhay finally found the camels she has been longing to see since the Simpson Desert! Unfortunately, the family of six were a few hundred meters away. Looking through the binoculars, she was able to confirm the baby of the group appeared to be an albino.

In a normal day on the Canning, we see their footprints constantly. Sometimes, we see their prints on top of tire tracks left by a convoy of vehicles only 15-20 minutes ahead of us.

Most people we talked to out here have seen many more than us. Our theory is that since we are so slow, everyone else chases them away. 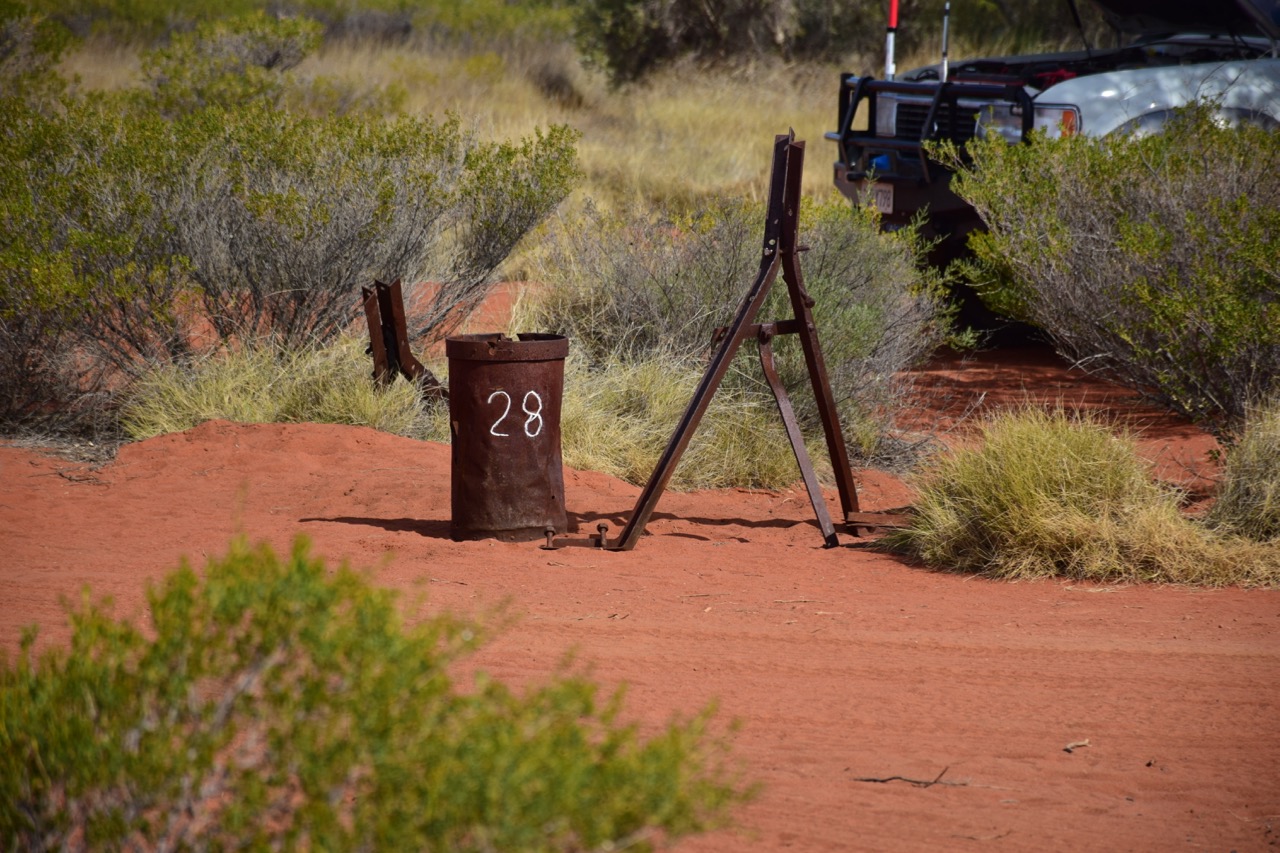 We camped at Well 27 for the night. 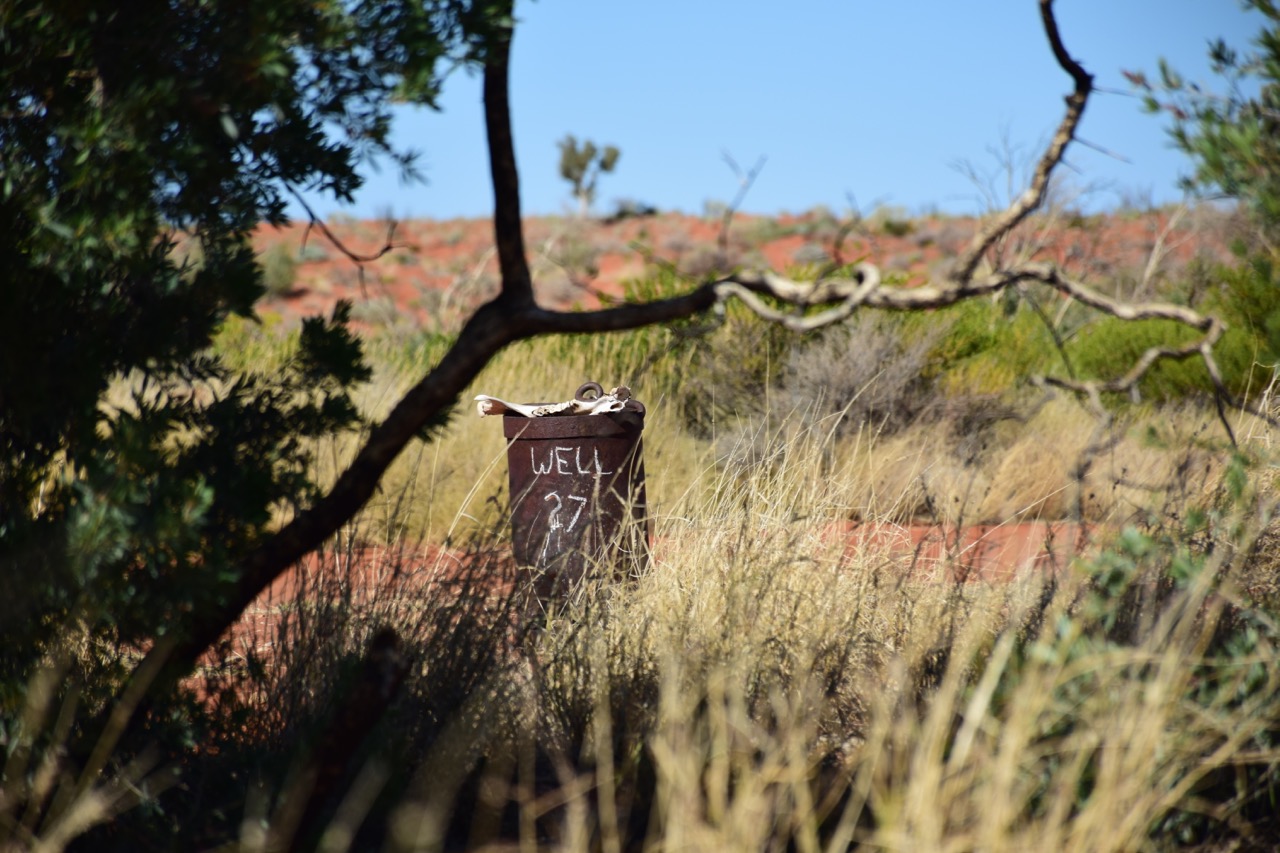 Tonight has been our warmest night so far. A few hours after sunset, it is still about 60ºF. We surmise this is due to today being our cloudiest day. Typically in a desert, the heat of the earth radiates into outer space as soon as the sun dips below the horizon. But, clouds tend to slow down the radiation and the earth retains the heat. They’re like a blanket…

We had a lovely dinner of pasta, artichoke heats, sundries tomatoes, garlic, butter, and parmesan. Oh, and the 10 month old frozen pork ribs that I thought were thick bacon slices we bought a couple days ago in Kunawarritji, the aboriginal community halfway down the Canning. They were cooked over a bed of bloodwood coals while camping. So, they tasted much better than they would have been in civilization.