Well 34 was in ruins. It looked like Dingos or something else had dug down three to four feet to get to the water level. 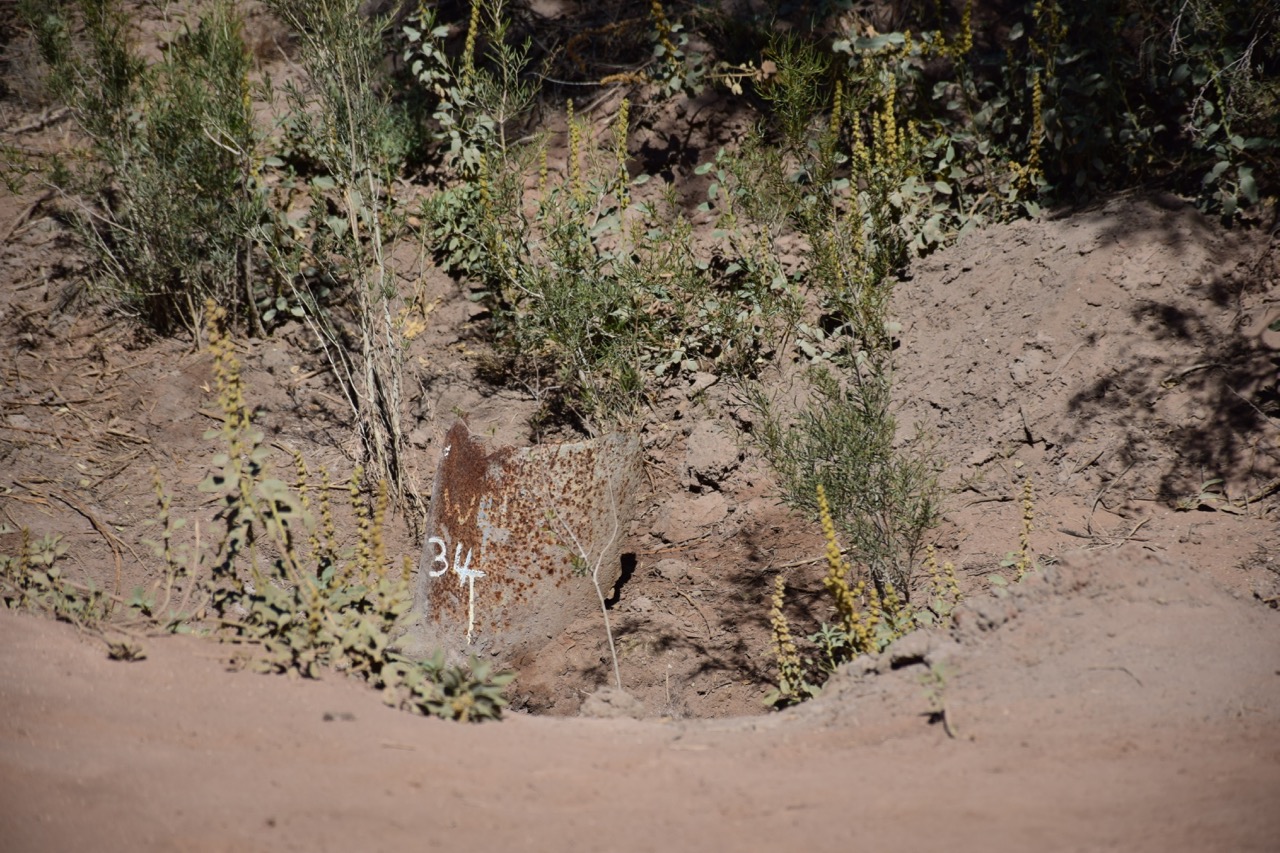 The next well, Well 33, was the most elaborate yet. It featured a windmill for pumping the water into a large tank. We used this clean looking water to top off our washing and cooking water. Although others do, we didn’t trust it for drinking. We also splurged and used about a gallon to clean the road dust off of the solar panels and the trailer fender we use as a table. 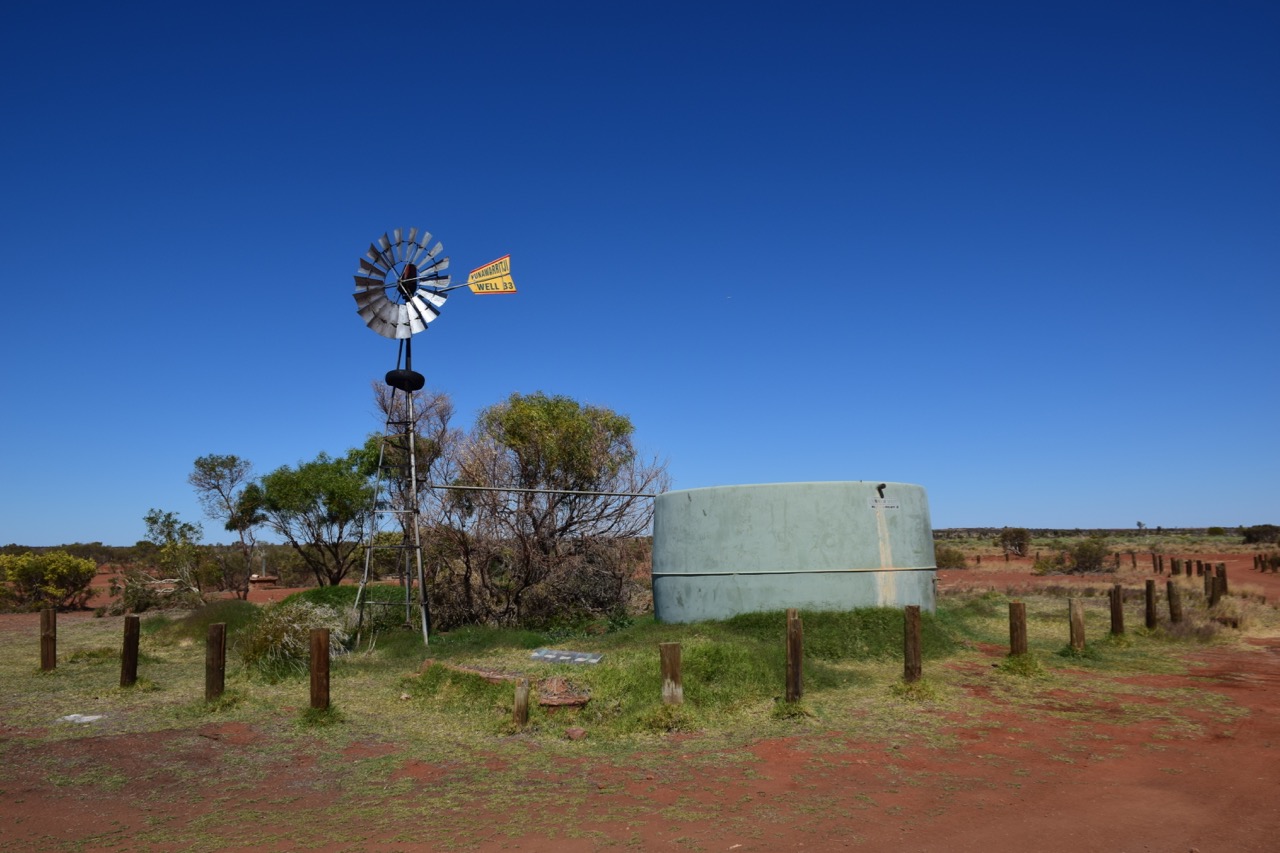 Next stop was the “halfway” point of the Canning Stock Route – Kunawarritji. It is a sleepy little aboriginal village that caters to CSR tourists. The town offers fuel, a small market, hot showers, and laundry. These are all welcome after ten days without. 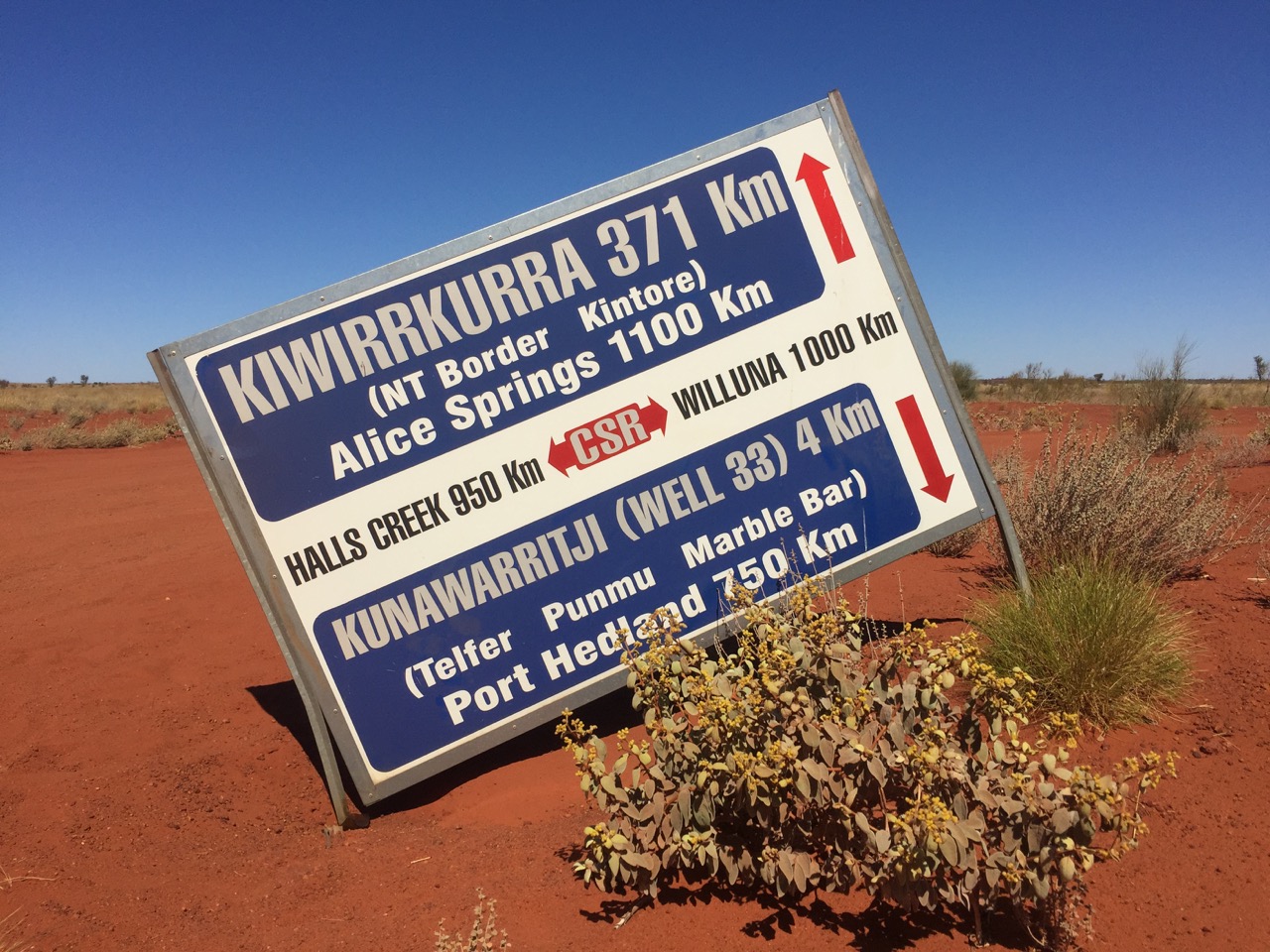 As we were approaching town but still 10 km out, we saw several passenger planes landing. We later learned they were the mail plane and the plane carrying the clinic doctor for his once a fortnight office hours.

Side note: These are the first planes we have seen since Alice Springs, two weeks ago. Not seeing any planes in the sky for this duration is something that we have never experienced before in the US. Even in the backcountry of Yosemite, we see airliners.

Once in Kunawarritji, we beelined to the gasoline. We found the pumps quickly and discovered the price of gasoline was $10 (USD) per gallon! But wait, there’s more! Camping one night (laundry included) was $94 (USD)! Food was 2-5 times more expensive!

[Author’s note: I have never written a paragraph in which all sentences ended with exclamation points until the one above.]

Despite finding the pumps, we were unable to fill up. Apparently, the community was in a big meeting. So, the store was not open for food or fuel until the morning. Se la vie…

We are used to stuff like this happening in third world countries, but here?

Similar to a 3rd world country we noted dogs running around, trash strewn about, broken things littering the streets and nearby land, abandon vehicles, etc.

We spoke with a guy about the inner workings of the community. Here are a few tidbits we found interesting:

We did laundry, took a much needed shower and took a walk before the sun went down. 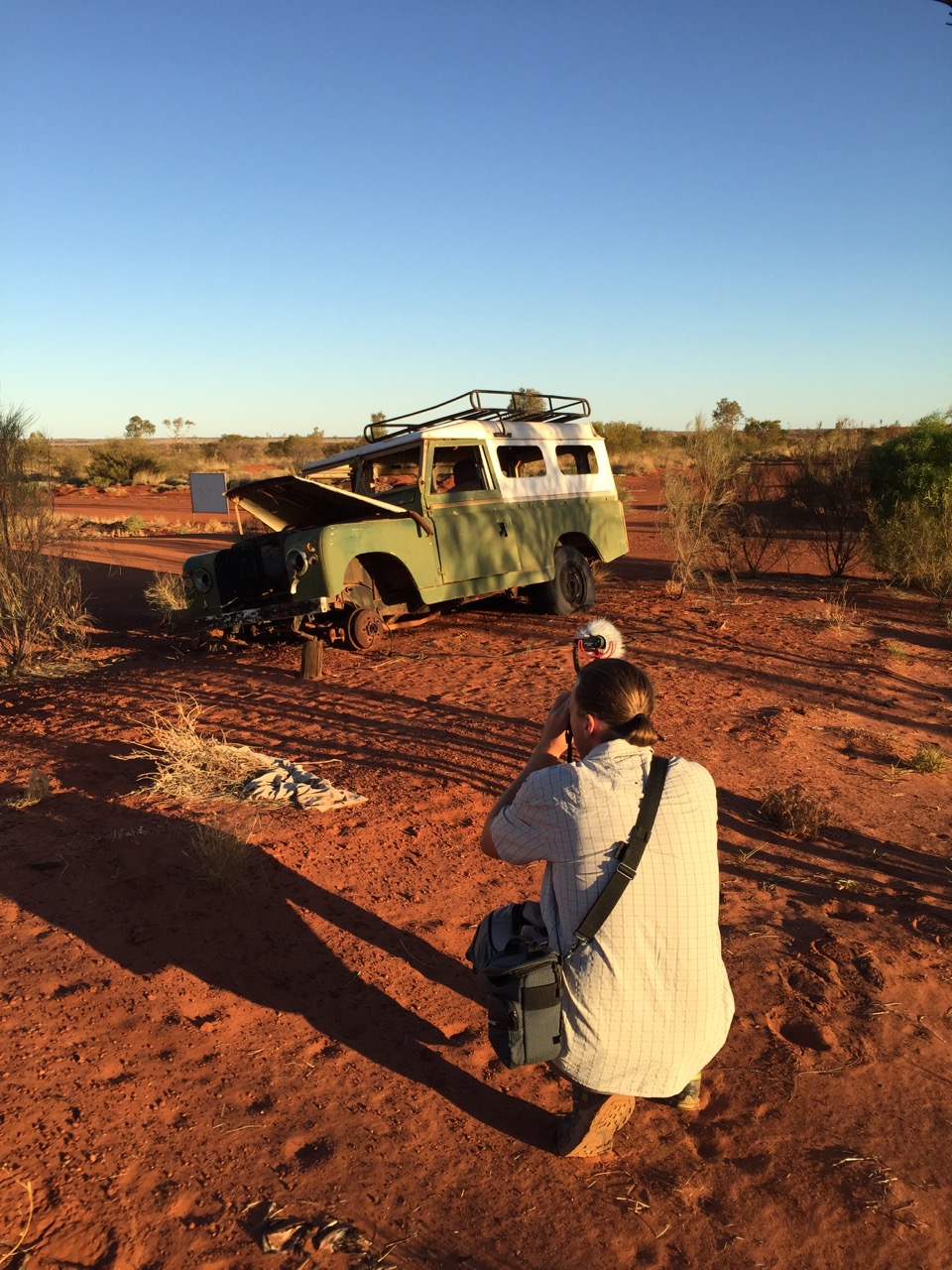 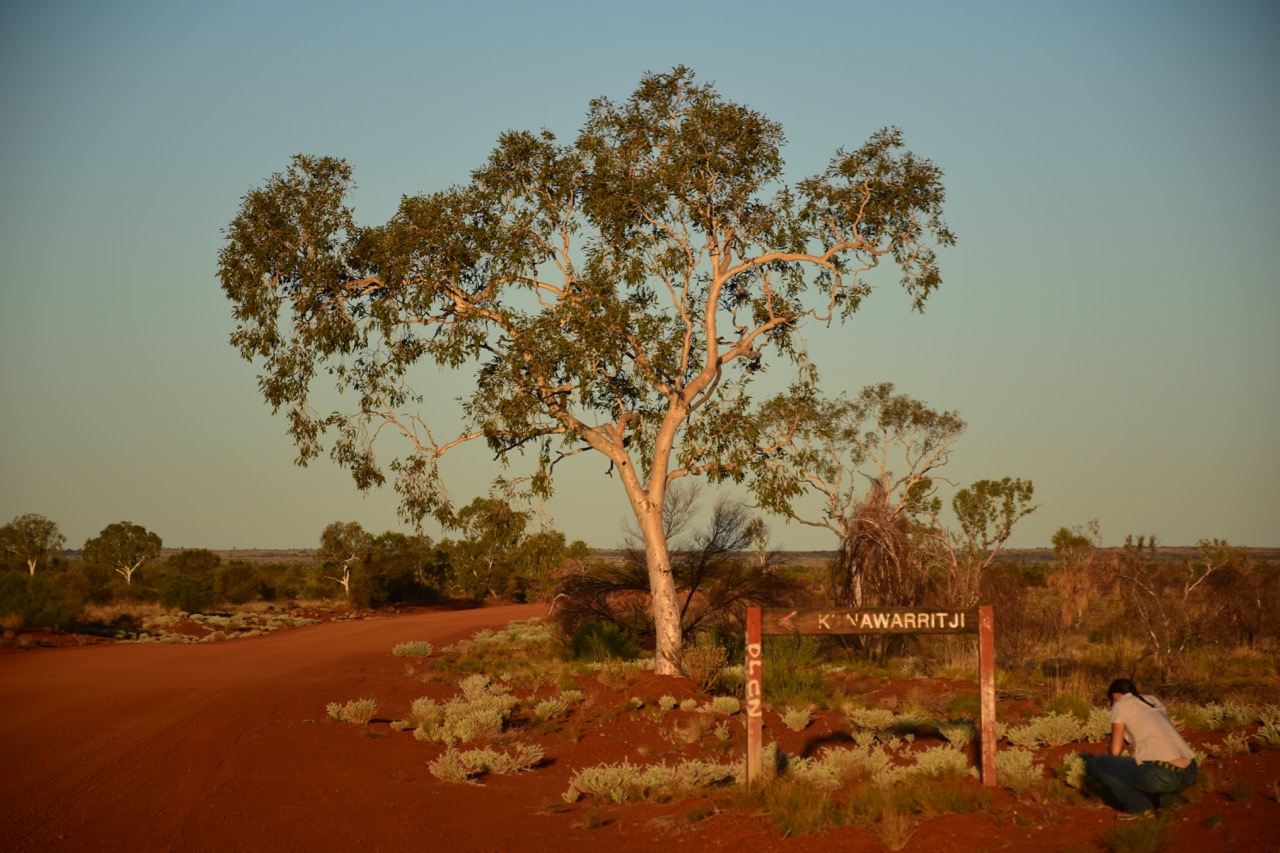